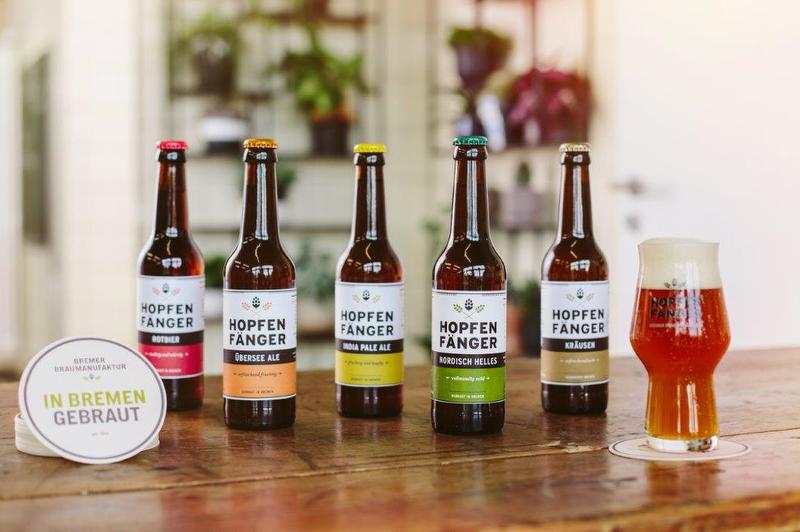 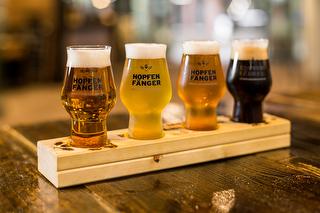 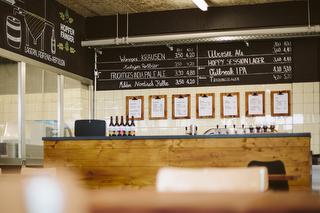 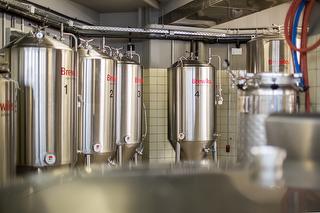 Take a look behind the scenes of this charming little craft beer brewery, part of the ‘Überseeinsel’ urban development project on the former Kellogg’s production site. Producing beer under the brand name ‘Hopfenfänger’, Bremer Braumanufaktur moved into this site by the Weser in Bremen’s Überseestadt district in October 2019.

During a tour of the brewery, expert staff will explain the art of brewing beer and the history of brewing in Bremen. Visitors can then discover their own personal favourite variety at a tasting of four beers. In addition: a large proportion of the hops used in the brewery’s production are grown just a few metres away in the Gemüsewerft, a social urban farming project featuring the largest cultivation area for hops in raised beds in Germany.

Please make one booking per household. For groups, we require a contact list for every household after the booking has been confirmed. Thank you!